As part of the ongoing effort to maintain and upgrade City streets, the City Council has recently allocated funding for the slurry sealing of various residential and arterial streets throughout the City, as shown on this map. The contractor will be distributing construction notices five days prior to construction.  All parking restrictions will be posted 48-hours in advance and door hangers will be distributed to all affected residences and businesses. 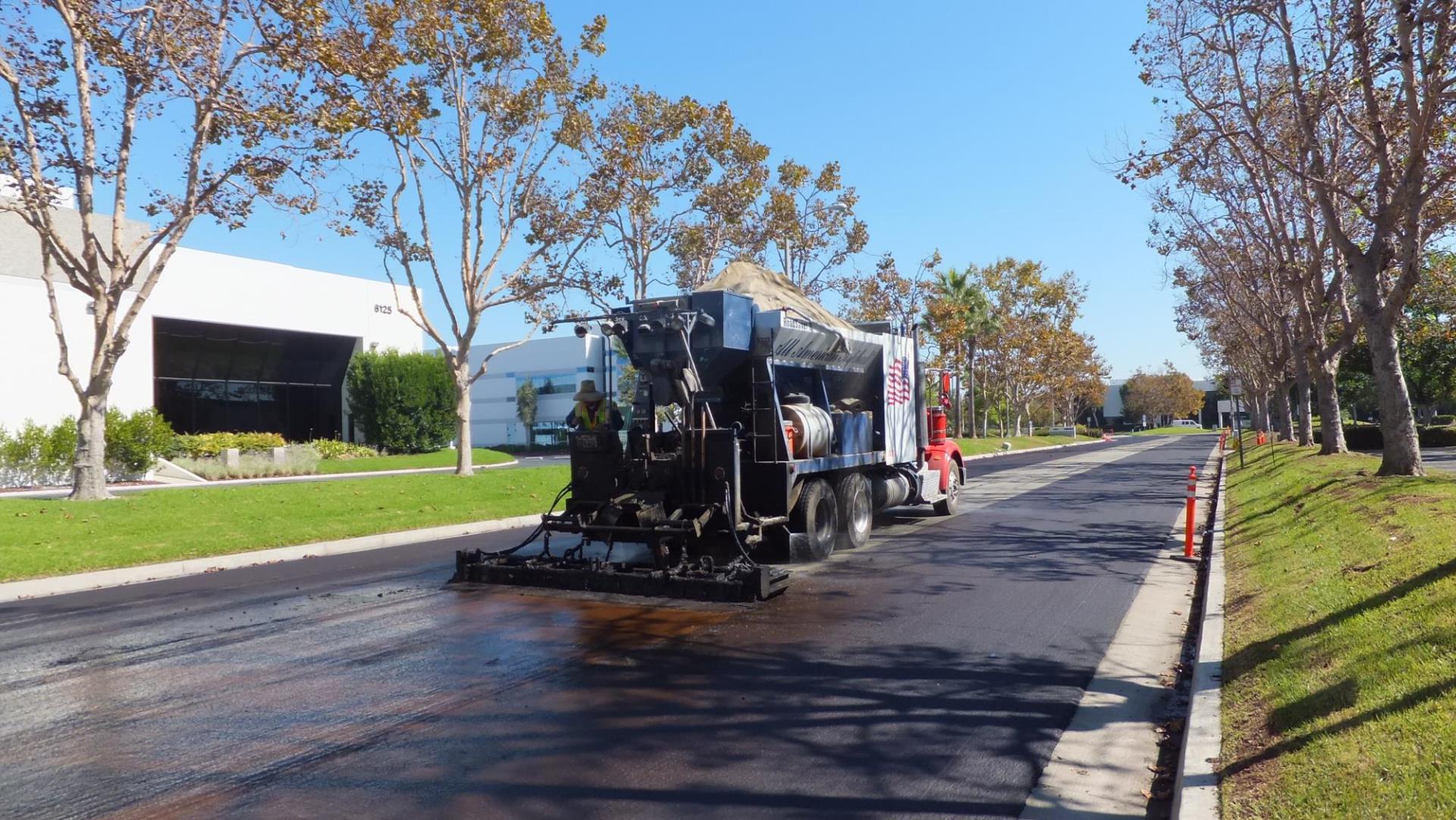 What is a slurry seal?

It is a mixture of asphalt emulsion, fine aggregate (sand) and water.  The slurry is spread over the street existing asphalt surface at approximately 3/8” thick.  The purpose of the slurry is to provide a new wearing surface and protect the asphalt underneath from water damage. Slurry seal is a maintenance product that keeps costs down until a street is warranted for an asphalt overlay.

Why are there white discolored areas with sand?

This typically happens in situations of irrigation overspray or excess water in an area.  The water discolors the slurry seal and brings out the cement and rock dust in the slurry mixture.  Although the area may look different, the slurry seal performance will not be affected and will continue to do its job in protecting the underlying pavement from weather/moisture damage.

Why does the slurry seal appear uneven and rough?

Why does it look like there are seams in the slurry seal?  Why isn’t it continuous all the way through?

Slurry seal is applied in passes and it typically takes several passes to slurry seal one street.  In areas where passes connect, the slurry seal must be overlapped for the product to perform properly.  The subject seams are the areas where the overlap is necessary.

Why can I see hairline cracks in the slurry?

Prior to slurry sealing, cracks larger than a quarter of an inch are sealed with crack sealant.  Cracks smaller than a quarter-inch are sealed by the slurry seal.  The slurry seal application does not provide a structure layer, as in an asphalt overlay; hence the visible propagation of existing cracks to the surface.  Although some of the smaller cracks are still visible, the slurry seal performance will not be affected and will continue to do its job in protecting the underlying pavement from weather/moisture damage.

What is the process of the Slurry Seal project?

Application of slurry seal is a three step process.  First, surface cracks are filled to help protect the subgrade from water infiltration.  Second, for areas with greater pavement deterioration, the existing pavement is removed to a depth of 4”-6” and filled with new asphalt to provide for a stronger pavement section.  Third, the slurry seal is applied over the asphalt roadway, thus completing the process.  During all phases of work, driving and parking will be affected and we request that you adhere to all street postings.

Will this project affect street sweeping and trash pickup?

How come the Slurry Seal is a light brown color and not black?

When the slurry seal is applied, it is a light brown color due to the chemical reactions and the temperature of the mix.  As the mix becomes exposed to heat and sunlight, it will begin to turn black. Over time, as water reacts with the slurry seal, the street will begin to turn gray.  Also, as cars drive on the street, the asphalt begins to wear off, exposing the gray aggregate underneath.  This is natural and only affects the aesthetics of the street, not the structural integrity.

What precautions should I take once my street has been slurried?

Although a street may be opened to vehicular access after the slurry seal, it actually takes several months for the slurry to completely cure.  Because of this, tire tracks and gouges may appear on the street.  To avoid these tire tracks, we request that you minimize making sharp turns and turning your wheels while your car is stationary.  The more visible tire tracks and “power steering” marks are often caused by heavy trucks, RVs, and trash trucks.  During hot days and the summer months, these tire tracks may become more prevalent, but will eventually flatten out over time as the slurry cures.