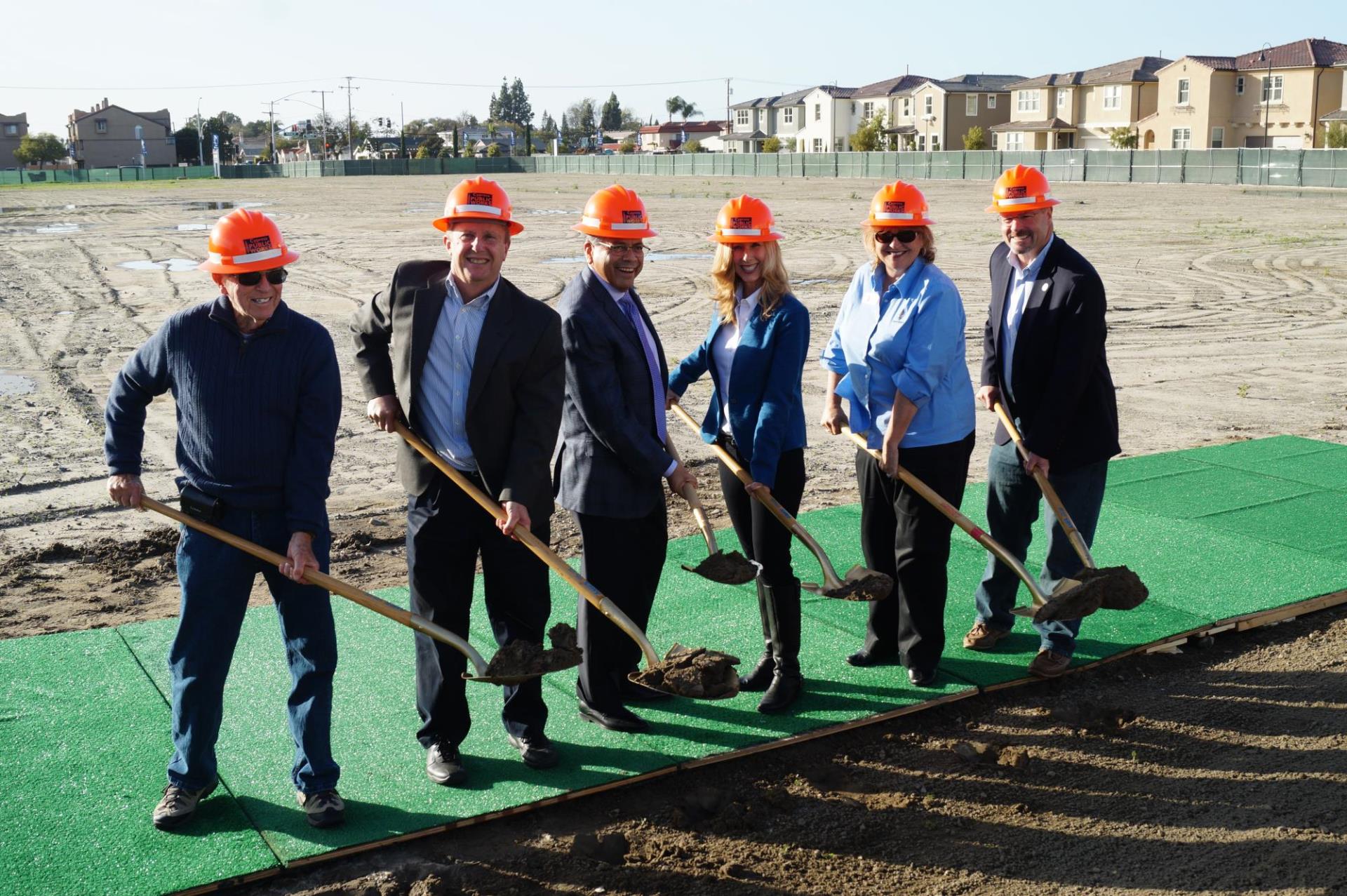 On Wednesday, January 11, the Cypress City Council hosted a groundbreaking ceremony to kick off the construction of Mackay Park.

The City’s first new park in over 20 years, Mackay Park will provide 2.9 acres of open space featuring two playgrounds, walking paths, drought tolerant landscaping, picnic areas, restrooms and a basketball court.  Located at 8732 Walker Street on a portion of the former Mackay School site, this new park is a result of the partnership between the City and Cypress School District to revitalize a vacant property into a community asset with recreational opportunities for all ages to enjoy.

Mayor Paulo Morales welcomed the crowd in attendance, recognized the importance of parks in the community, and conveyed his gratitude to those that contributed to making this new park possible.  Mayor Morales estimated the park to be complete in mid-summer and invited the community to attend a dedication and grand opening ceremony hosted by the City Council at that time.